It isn’t too often that I share works in progress but I thought I’d make an exception for this purple slant cable top.

I stumbled across a slant cable top pattern on Vogue Knitting, this month during a blowout pattern sale.

I altered the pattern a bit for me (I have broad straight shoulders) and lengthened it a bit.

Oh well, here is the front being blocked. The back should be a breeze. 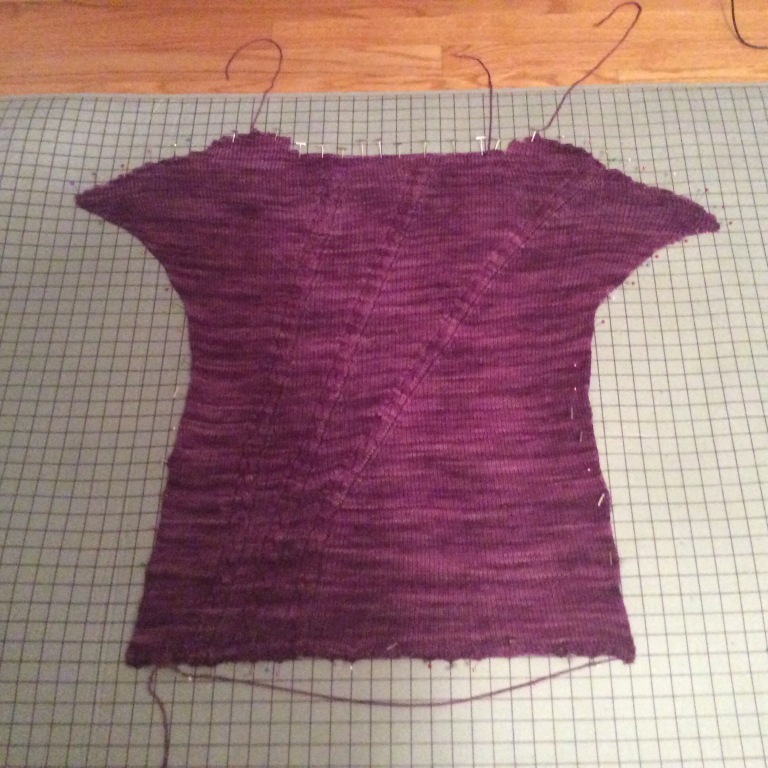 Cultivating compassion for all creatures great and small

Weed'em & Reap
Move To The Country

Build as you go. Grow as you live.

Examining Life through the persepctive of God and men

More obsessed with each passing stitch.

A way to be me